Times have changed since the huge televisions of the 1970s were big enough to be an actual piece of living room furniture, but one thing that hasn’t changed is the love we all have for high-rated television. Of course, now you’ll be watching on a large flat screen television or even an iPad. The following highly esteemed shows are certain to fit in nicely with your viewing schedule. Nowadays, Dish TV, Netflix, Hulu, Sling TV, and HBO make it easy to watch whatever you want, whenever you want. We recommend the following great shows.

If television were a meal, these shows would be the main courses of the 2022 menu.

1. All Creatures Big and Small

It’s round two for one of the most feelgood television shows of the last two decades. Set in Yorkshire, this show follows a group of veterinary surgeons working together just before the second world war. Skeldale House becoming the primary setting for this deep look into the human – and animal – psyche. Each character has their own unique drama going on during their professional life, and the way the show weaves vet scenarios into the lives of humanity is a reminder that all life is meaningful.

Apple TV original programming doesn’t get better than Severance, a science fiction foray into a very disturbing procedure called – fittingly – severance. The psychological tango between work and human spirals into some very interesting scenarios over the course of its introductory season. For people who are fed up with their job or juggling the social with the professional, you won’t want to miss the twists and turns of this one. The crux of the plot involves a procedure where work and home life memories are disentangled. It’s a thriller for sure.

NBC brings a bit of traditional TV back into your streaming life with “Grand Crew.” The conventional sitcom often feels fresh in the modern era because of how rare it is. The show stars Echo Kellum as Noah, Grasie Mercedes as “Fay,” and Justin Cunningham as Wyatt. The show revolves around the common relationships of a group of six African-American friends, but what a great sitcom like this always shows is just how comical the mundane can be. Relationships evolve, good times are had by all, and the audience always gets a laugh.

Anime has taken a backseat sometimes to other types of shows, but Mitsuo Iso proves that it can be a winning formula even in front of today’s picky audiences. The show is known for its elegant artistry and feelgood “growing up” plotlines. This one is a Netflix original, so you can expect something really spectacular when you view, getting lost in an entirely different world. If you’re up for some captions, this one is not to be missed. Your eyes and heart will thank you for watching.

1990s girls are going to love Yellowjackets, but their children will love it just as much. The teen girls in this thriller are stranded together after a plane crash in a “Lord of the Flies” plotline with a more modern twist. It’s available today on Showtime and is a must-see for anyone with a love of great mysteries, the 90s, or action settings. Just like the girls lost in the woods, you can get lost in this show from minute one.

Your time is valuable, and Showtime, Netflix, and Apple TV usually make the most of it. If you need to unwind, get lost in other worlds, or forget your professional life for awhile, all of these shows are a real treat. Binge watching is always welcomed, but you can also savor the series ahead of you and take it a little slower. If you want to catch up with a current season, though, online streaming makes it easy to do so in 2022. 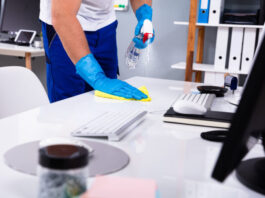 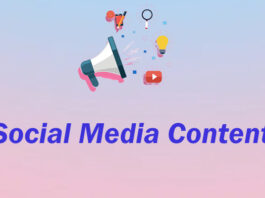 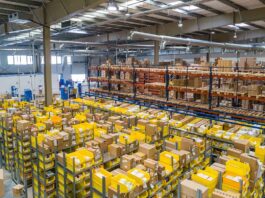 Introduction to Third-Party Logistics – What Is It and How to...